← back to
Clarion Jazz
Get fresh music recommendations delivered to your inbox every Friday. 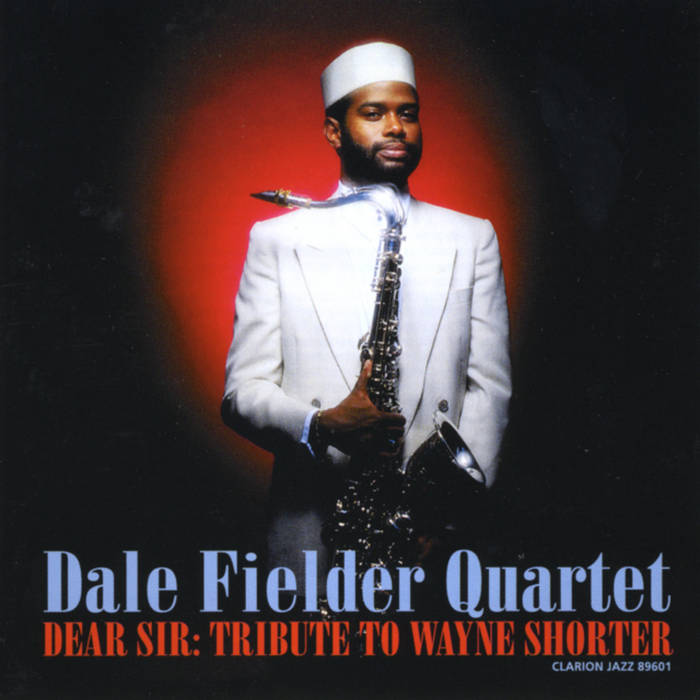 The young tenor saxophonist Dale Fielder, in a quartet with pianist Jane Getz, bassist Bill Markus, and drummer Thomas White, performs four Wayne Shorter compositions, Gil Evans' "Barracudas" (which featured Shorter), and six originals that sound a bit influenced by Shorter's conception. Trumpeter Dan Bagasoul makes the quartet a quintet on two songs. Fielder is a strong up-and-coming talent and, although not a Wayne Shorter clone, he hints strongly at the older saxophonist on several of these well-conceived tributes. In fact, this music sounds like something Wayne Shorter might have come up with if he had not changed direction in the early '70s. Recommended.
--AllMusic Review by Scott Yanow

Fielder comes out of the gate blowing hard, aggressive, ferociously swinging tenor and with that blows away any preconceived notions about west coast jazz musicians not being able to deal with the same depth as their east coast counterparts. Fielder’s tone is big and pungent, reminiscent of Trane’s and he possesses an impressive command of his instrument in both low and high registers. No happy jazz here, just a lot of serious dealing.
--Bill Milkowski/JazzTimes Magazine

DEAR SIR finds Fielder fully ready to tackle the challenge of a CD program rendered in tribute to Wayne Shorter. Throughout these eleven pieces, the Dale Fielder Quartet gives a solid lie to the misguided notion that one has to be in New York to make significant jazz. DEAR SIR is likely something future generations of saxophonists will be addressing Dale Fielder by. He’s got it.
--Willard Jenkins/JazzTimes Magazine

They’re not necessarily easy to find. But these small-label albums from Southern California-based jazz musicians can be every bit as rewarding as the well-publicized releases from Verve, Blue Note, or the other major labels. These recordings have shared characteristics that mirror, in mood and tempo, the tenor of our contemporary California culture, belying the once accepted “cool-school” cliche of West Coast jazz. The common threads include deeply reflective improvisational styles, strong rhythmic bases, use of ethnic instrumentation and musical forms, a willingness to merge a variety of jazz genres, and a reverence for classical traditions from America, Europe, Africa, and the East. But most of all, these discs share an artistic aspiration that is uncompromised by commercial interests. These are musicians looking to establish their own voices and vision, without the help of big record company contracts. "Dear Sir” splits its 11 selections between compositions by Shorter and Fielder’s originals. Fielder’s tunes occasionally carry the refined spirit that Shorter imparted to his writing. Fielder’s exuberant tenor play and fine contributions from pianist Jane Getz, trumpeter Dan Bagasoul and bassist Bill Markus make this an album worth seeking out.
--Bill Kolhasse/LA TIMES