← more from
Clarion Jazz
Get fresh music recommendations delivered to your inbox every Friday. 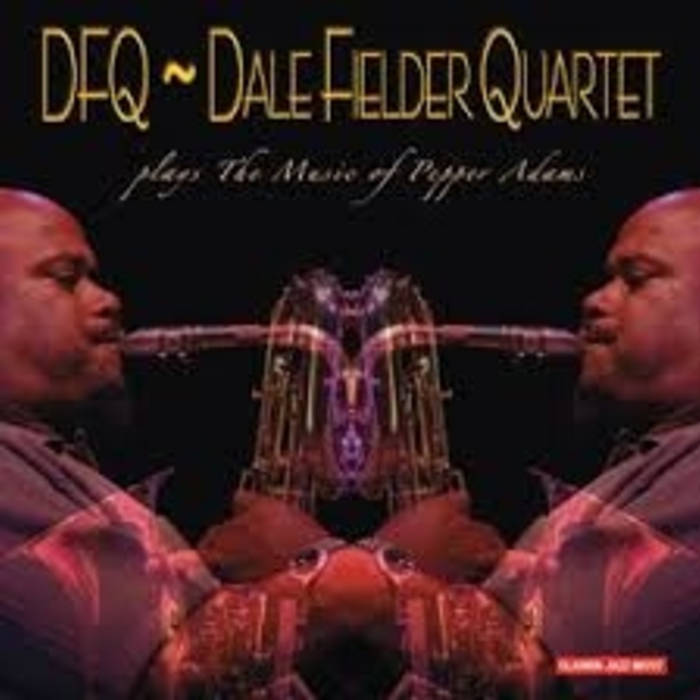 For his new CD project, Dale Fielder chose to explore the music of the man who inspired him to play the baritone sax, one Park “Pepper” Adams III. DFQ~Dale Fielder Quartet plays The Music Of Pepper Adams is 12th in a series of recordings that began in 1993 for saxophonist/composer Dale Fielder. It is his first recording since his 2005 top-twenty CD, Baritone Sunride.

In a 10 tune set that lasts for a generous hour and eleven plus minutes, Fielder has chosen seven Pepper Adams compositions that were personal favorites of Pepper Adams. They were among Adams’ last and were what he considered as his best work, just before his death in 1986 at the age of 55. The seven compositions were culled from Adams’ Reflectory, The Master, and Adams’ Effect sessions. Fielder included the standard, “Baubles, Bangles, and Beads” because they are also associated with Adams and recorded on his very first album in 1957. However the sleepers of the entire CD may very well be Fielder’s 2 originals, “Frugal Apathy” a very interesting 6/8 Afro-Cuban composition that certainly sets the baritone sax in new territory; and the complex closer “Dimensions” whereupon listening to how hard Fielder and Getz can swing, one realizes the power of the element of swing in jazz. Combined with a touch of innovation, it can be a really beautiful thing. Here Fielder swings mightily and creatively in the lower register of the baritone. This solo alone certainly makes the case for Fielder being among jazz’s current top baritone saxophonists.
In his jazz review of Fielder’s live recorded performance that yielded this new CD, jazz writer and baritone sax aficionado Skoot Larson, (www.skootsjazz.com/jazz_reviews), commented on the parallels between Adams and Fielder: “While Dale Fielder is passionate about the legacy of Pepper Adams, he could never be accused of being an imitator. Pepper Adams played with a hard, brittle edge to his tone as he roared through the changes. Dale displays a similar facility as he moves across the horn’s spectrum top-to-bottom, but Fielder has a less harsh sound, all his own, that polishes the edges and brings new beauty to Pepper’s works. Fielder also adds more depth to Adams by performing on the other saxophones in his arsenal.”

All the usual suspects are here with Fielder as they have for the last 12 years. The legendary ex-Mingus Workshop pianist, Jane Getz‘s playing here confirms why she too is consistently considered an important pianist in jazz. She is the real deal. What she has accomplished in her piano style is to make all her own another unheard side of the Bud Powell influence, the only influence she lists when asked. Getz touches the piano in a way similar to jazz greats Hank Jones and Tommy Flanagan, two other pianists directly influenced by Bud Powell and are personal favorites of Ms. Getz. The ubiquitous and always tasteful percussionist Thomas White locks down the rhythms on the drums in a multi-directional manner with his usual aplomb. A new face is on bass, Edwin Livingston who has been with the quartet for just over a year now. His playing and soloing skills performed here are sure to impress.

When asked to describe the CD, Fielder laughingly called it “The New West Coast Cool”. It is certainly one of the most listenable records this writer has heard recently. All and all this is a CD that combines depth and passionate playing along with surprising accessibility. Highly Recommended.